Here are some more miscellanous sketches from the Ol sketchbook. I've been super busy lately as things have been picking up! Once I get the go ahead from certain parties I'll be posting up the work from the projects that I have been working on. In the meantime, here are some sketchbook excepts.

Tony Stark: N8B! over at Maxcellent challenged me to draw some Iron man and reluctantly, I took up the gauntlet. I've never even attempted to draw the character in my life so this was a learning curve. I prefer the old school suit better than the new school Adi Gravnov look. ( Besides, who can compete with Gravnov? I'm still waiting on your version NATE!!! 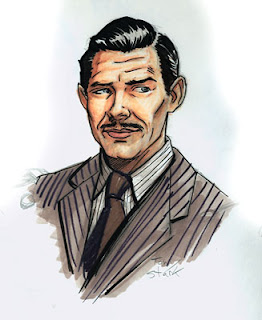 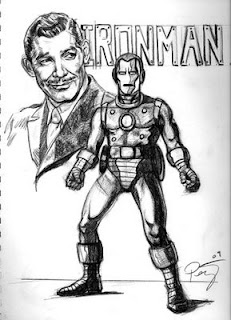 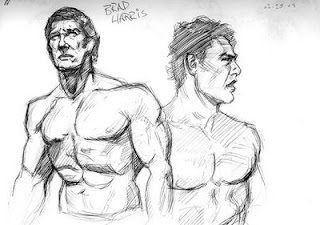 Sitting around at Lunch time I passed the time by drawing some heads from my favorite series Metal Gear! I especially am fond of the Old Snake in the top left. 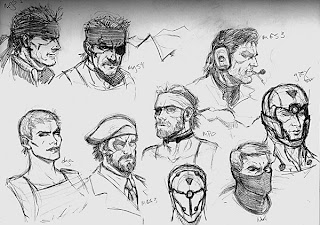 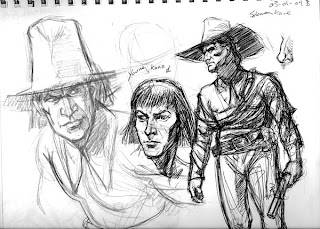 More time passing in the lunchroom. 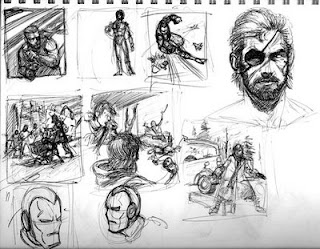 I've been tossing around the idea of illustrating a Solomon Kane story and here is a page of character concepts from the story. Can you guess which one that this guy is from?? 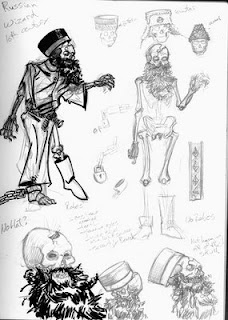