It has been a long while since my last post so here goes nuthin!What you will find here is a dump of recent pages from my sketchbook and an oldie that I never got around to scanning. 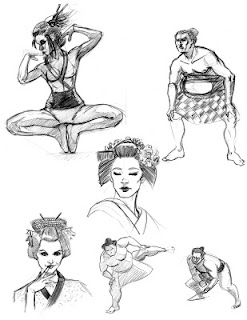 Recent pages out of my sketchbook 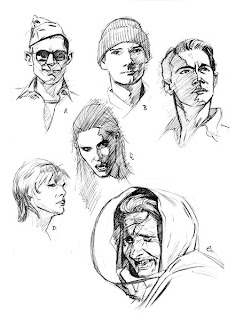 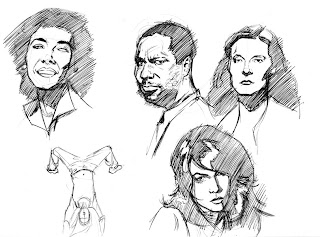 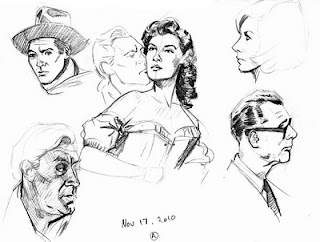 A bunch of head shots of Eva Green.These were drawn on a Sheet of 11 x 17 Bristol board with a col Erase pencil. 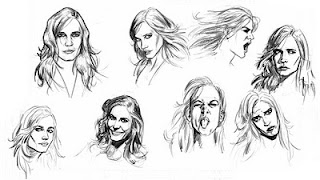 A pencil sketch of Fred Williamson. This one is executed in Pencil 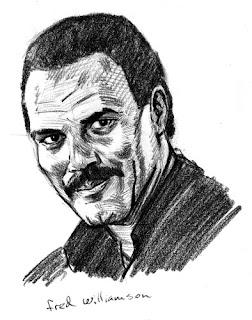 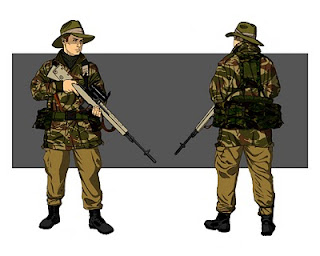 Thanks for stopping by.
Posted by Mike 4 comments: 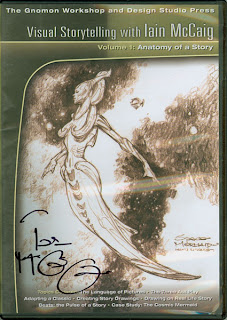 Normally I'm not that big of a fan of fake movie trailers but since this is based on a project I worked on, what the heck! Check it out and enjoy " The beginning of the End"

A while ago, I came across some of the tutorials over at Freshdesigner.com by Chris Legaspi.I was intrigued by the process (I too enjoy drawing with a ball point pen) and decided to take up the challenge by the author to do 1 drawing a day for 30 days. So, I did my 30 days and this is what I came up with. For more information about what I am referring to, follow the link above. Sorry for the brevity of my post here but something is better than nothing.
Thanks for stopping by! 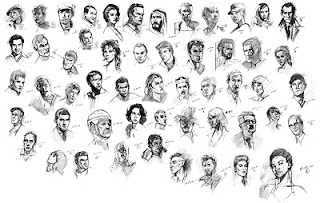 More Sketchbook Stuff and a Zombie!

I've a got a few images to share this month so here goes Nuthin! 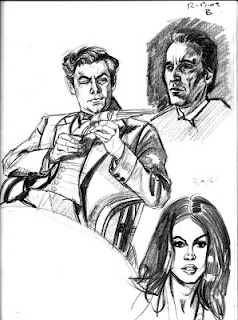 This one is a warm up page from last weekend. Over at CA they have a thread going called " Draw What Everyone Else looks like" and this was my contribution. 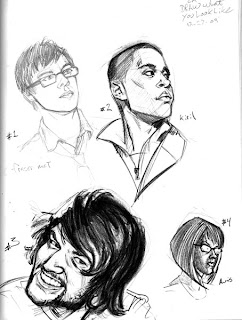 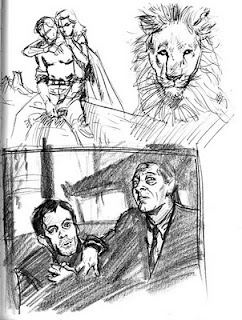 And what post would be complete without a healthy does of MGS3? 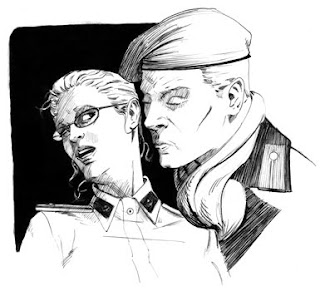